With the onslaught of the Covid-19 pandemic, our ways of life and work changed at an unprecedented speed. Rethinking our day-to-day needs involved switching to a remote work style and adopting digital technologies to confront enormous challenges. Besides identifying different tech tools to face these new demands, today, both large and small companies need to follow the right processes in order to increase responsiveness and planning.

For the Tekton team, the post-pandemic years have highlighted the importance of reacting quickly to changing scenarios and relying on scalable systems to meet user demands positively. 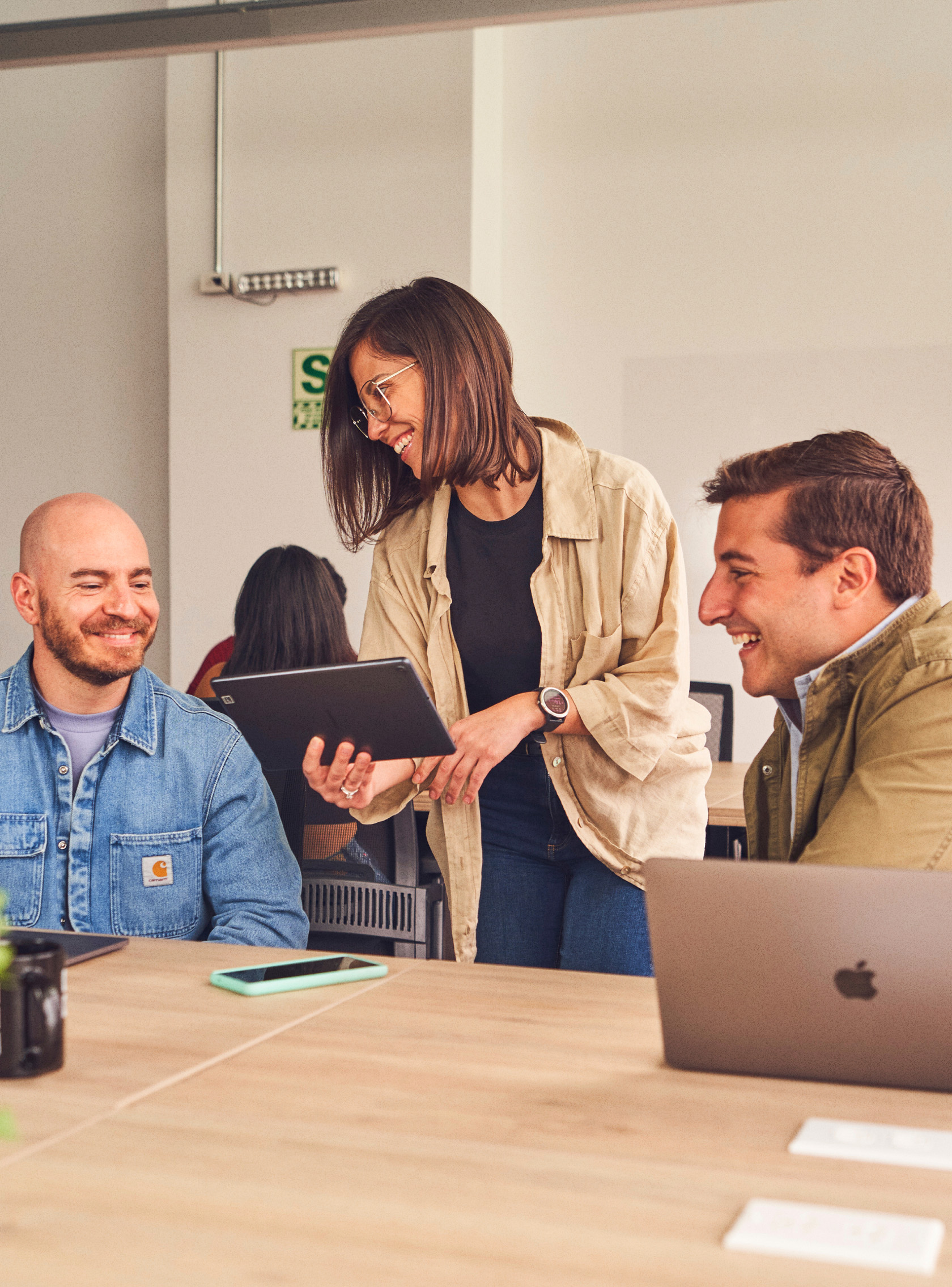 “Businesses need to grow in order to be successful. If a company is not prepared to grow, there is a high probability that it will fail,” says Carlos Pesantes, Director of Technology at Tekton. The same happens in the IT world: when systems are not prepared for a considerable change in users’ demands (for example,when all employees simultaneously log on to their systems or when there is a major event), —it is highly probable that they will collapse.
In that sense, it is key to understand scalability as the ability to maintain performance levels regardless of the workload that a company has ahead. When a system of a business or project has this property, we consider it to be a scalable system.

Let’s take the example of Zoom, the go-to communications platform for small and large businesses alike, which scaled from 20 million to 300 million users virtually overnight. In order for Zoom to be able to “scale in a practically unlimited way,” as Head of Sales Southern Europe David Calvo said in an interview, the company had agreements with Amazon Web Services, Oracle and Microsoft. But he also assured that one of their greatest achievements was that during the time of peak demand, service disruptions were low as they were designed to have that almost unlimited scalability. The goal of continuing to meet the growing market demand proved successful and they were able to scale rapidly.

The Options: Scale Up vs. Scale Out

While there are a few ways to scale, the two most common options— whether scaling up or out— are vertical scaling and horizontal scaling. Although in vertical scaling you can increase the capability of a component, such as a server, this option is limited to the capacity of a single one. Most companies just starting out might opt for vertical scaling to save money, but if this approach reaches storage limits they will have to add more resources to avoid failure as it presents a higher risk for disruptions than horizontal scaling.

On the other hand, in horizontal scaling, you can add more of the same type of resources to your system and increase performance. Although it requires a design in the application that can support it and more time in the initial configuration, it allows high availability and virtually infinite scalability.

At Tekton, we focus on horizontal scalability based on a software design that can be scalable by increasing the number of servers (as opposed to increasing the resources of a server). “When you only increase the resources you encounter limitations, but with horizontal growth, it is possible to add as many servers as necessary and thus be able to handle a greater volume of data,” says Pesantes.

Scalability applies to all types of businesses and, whether you are in e-commerce or retail, being prepared for change and user demand is critical to support growth. How well a piece of software works in different workload behavior situations is crucial. But scaling isn’t just growing quickly as a company, it also applies to promoting new ways of re-organizing ourselves to be prepared for larger responsibilities and sudden changes; trying new things, innovating and maybe failing!

In terms of performance and data security, the sophistication and volume of attacks in the digital world are developing with increasing intensity. Large and small startups must start as scalable and agile businesses in order to address vulnerabilities.

When it comes to saving money, the proper software design leads to a decrease in the cost of unnecessary infrastructure since the system is designed to grow and can be used for a longer period of time. Also, the development time invested in new functionalities is considerably reduced.

Finally, scalability can help avoid consumer frustration. When software overloads and/or slows down, wait times can become frequent, causing end-user frustration. A clear example of this is when a well-known movie theater chain cannot handle the demand of users buying tickets to a movie premiere.

One challenge that Tekton recently faced in terms of scalability was the development of a website for Cometa Fest, a free online educational festival that seeks to accompany thousands of young people in the decision process after finishing school. During the two-day event, the system had to support between twenty and forty thousand users entering and interacting with the website. With this scenario, it was necessary that the application could scale without affecting the users already on the platform. This application was designed in such a way as to avoid this inconvenience, managing independent nodes, live monitoring the consumption of resources and seeing how the application was scaled so that users would not be affected or experience slow response times.

The case of the financial company Yevo, with whom Tekton works continuously, is another example of scalability where new entrepreneurs have free access to different digital tools and services such as financial loans. As the number of users increases, the application scales in the processes with more demand. In the case of Yevo, having the necessary software is fundamental. If the investment in technology is not optimal from the beginning it will generate technical debt, which can lead to having to create a new application and thus resulting in increased costs.

In this post-pandemic era, where the adoption of digital technologies has sped up by three to seven years in a span of months, we see an eagerness by companies and individuals to go beyond digital agility. We never imagined that the only option to have an appointment with a doctor would be through a screen or that teleworking or virtual classes at all educational levels would replace the usual forms. We may not be aware that we have direct contact with the cloud without even noticing it – when we order delivery through Rappi or watch Netflix, for example; in this way, technology is omnipresent.In a context in which the pandemic has led us to migrate to a digital world, the experience and knowledge of Tekton Labs and the possibilities it offers to customers becomes the best option to boost and scale upwards! 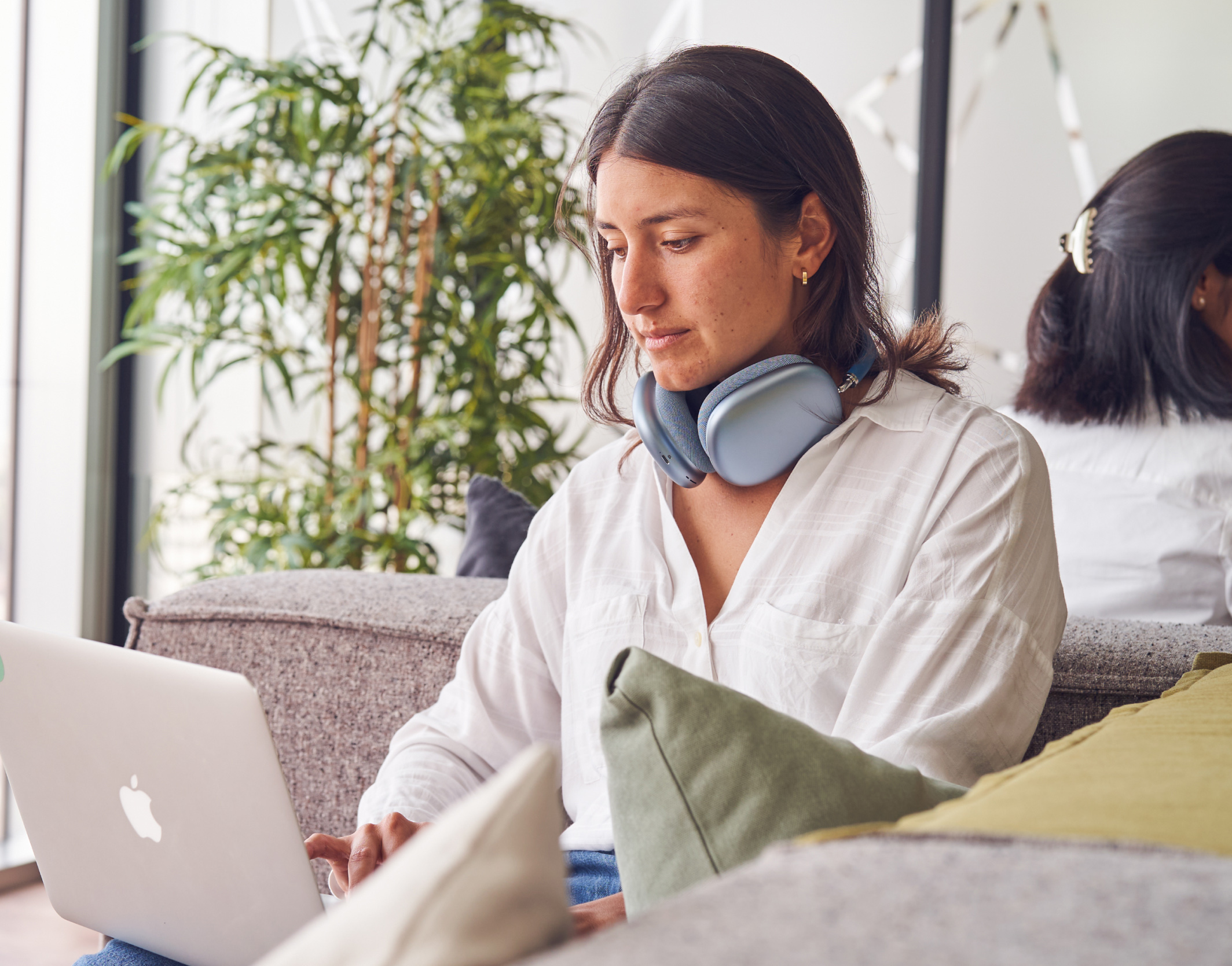 3 Reasons Why Diversity and Inclusion Matter

The Best Technology is Inclusive and Here’s Why (part I)

On Software Development Estimations and Agility